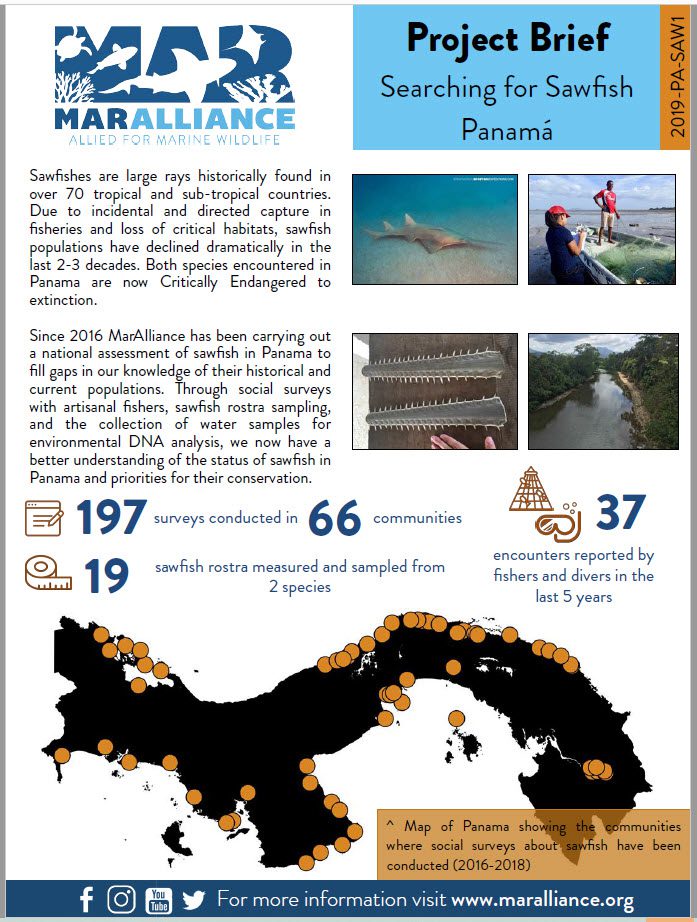 Sawfishes are large rays historically found in over 70 tropical and sub-tropical countries. Due to incidental and directed capture in fisheries and loss of critical habitats, sawfish populations have declined dramatically in the last 2-3 decades. Both species encountered in Panama are now Critically Endangered to extinction. Since 2016 MarAlliance has been carrying out a […]